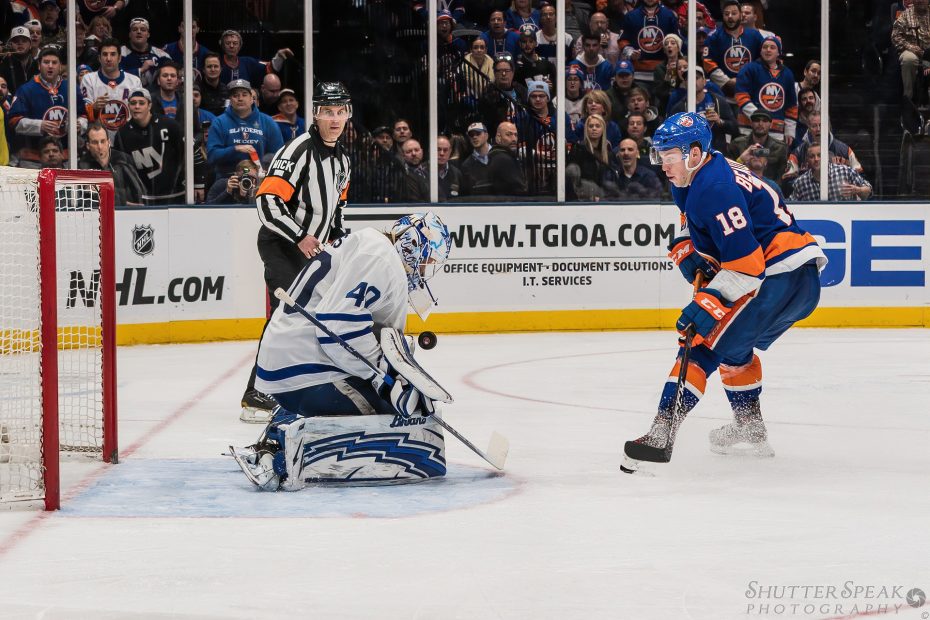 Since the release of the Nikon Z6 I have seen questions on blogs and social media asking whether the Nikon Z6 is good enough to be a pro sports shooter. Recently, I had the opportunity to put the Z6 though its paces shooting an NHL game and the results were surprising.

So for those who don’t know, the Nikon Z6 is Nikon’s first full frame “professional” mirror-less camera. By removing the mirror from the camera they are able to make it smaller and lighter than a traditional DSLR camera.

Some of the questions I have seen posted ask: “Is the focus system good enough?”, “Is it fast enough?”, “What about a second card slot?”, and “Is the battery good enough?”.

So to be clear, this is not a scientific test. It is just a collection of my thoughts as an experienced NHL shooter.

With that in mind, I put the Nikon Z6 to the test, photographing an entire NHL hockey game. Let me start by saying that I have been shooting with the Nikon Z6 for a few months now and I was quite confident in its abilities, but that was personal work, not pro sports.

So how does this camera stack up against the pro body I was used to working with?

Firstly, the Z6 is small and light. It fits my hand well and I immediately appreciated shooting the game with a much lighter camera body. The Z6 body comes in at 675 g vs. the Nikon D5 which comes in at more than double the weight at 1415 g. It did take me a little while to get used to the positioning of the joystick for placing my focus point. But I quickly adjusted.

The next thing I noticed is the camera does go to sleep after a short while. It takes a second or so to wake up but this feels like an eternity. I could however, feel and hear it go to sleep. After a while I realized that if I simply half pressed the shutter, this would wake up the Z6 and I would be ready to shoot when I needed it. Again, I could feel and hear it “wake up”.

In terms of focus, I paired the Z6 with the FTZ adapter and the Sigma f/2.8 70-200 OS lens. The focus was quick and reliable. I was shooting as I normally would, in Auto-Focus Single with a single point. I would not normally use continuous focus in hockey as there is too much movement with players. Typically I pre-focus my shots based on where I anticipate the play is going to be for maximum frames per second.

In terms of frames per second I was impressed with the speed of this amazing camera. Is it as fast as the flagship Nikon D5? The D5 comes in at 14 frames per second with the Nikon Z6 at 12 fps. It is important to note though, that the Z6 is priced almost $4500 cheaper.

So what about that second card slot? Honestly, most sports and event shooters that I know don’t even use a backup. Runners are constantly taking flash cards from photographers as soon as a goal is scored. This is to push pictures out to media outlets as the game progresses in real time. As a result, most of the time that second slot is empty. Now if you are shooting weddings, I get it. You need that back up. I personally, do not.

It is also important to note that the Z6 uses XQD cards. These cards use PCI Express to transfer images to the card. It is a highly reliable standard. This is the same system your PC uses to transfer data to it’s hard drive.

But what about the battery? Now here is where I was really impressed. I updated the firmware on my camera and then shot the ENTIRE NHL game on one battery. That’s a firmware update and almost 1200 images — on one battery!

But just to be clear, I was using the electronic viewfinder only and almost never reviewed my images on the back LCD. Honestly, the game moves too fast to be chimping images. The battery was in the red when the final buzzer sounded signaling the end of the game, but the camera was still shooting. To be safe, in the future I will change the battery in between the second and third period.

So is the Nikon Z6 my new sports shooter? Quite simply, yes. It is quick, reliable, and reasonably priced. Should it be for you? Well that all depends on your needs, but it certainly is capable of being a pro sports shooter and so much more.

4 thoughts on “Photographing Ice Hockey with the Nikon Z6” 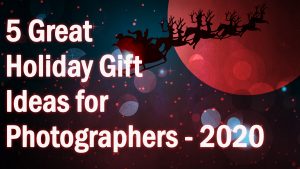 Looking for a few gift ideas for a photographer on your holiday shopping list? Well look no further. In this … 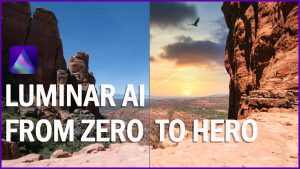 I recently got to test drive the new Luminar Ai Beta 1. In this video I’ll show you around the … 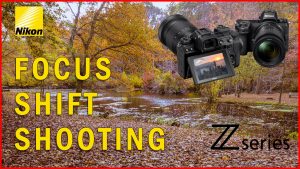